The evolution of digital advertising is driven by innovation in technology. In this episode, we look at how one of the leading media buying platforms joins PubWise in putting a stake in the ground on the importance of end-to-end transparency by launching a product that aims to close the gap between buyers and sellers.

Tony Winders: Hello, and welcome to another edition of On The SPOT. My name is Tony Winders. And today I’ll be putting PubWise Founder and CTO Stephen Johnston on the spot about The Trade Desk’s recent announcement of OpenPath, a new product designed to provide advertisers with direct access to premium digital advertising inventory. Stephen, welcome, and thanks for letting us pick your brain on another important and timely topic for advertisers and publishers.

Tony Winders: So when I read about OpenPath, and thinking of all the conversations we’ve had about PubWise, and Smart Path Optimization, and all of our conversations about supply path optimization, it sounded very familiar to a lot of the things you’ve been talking about. So I just wanted to ask you your perception of OpenPath and what The Trade Desk is doing. It made a lot of news because seemingly they’re disintermediating Google in Open Bidding. What’s your read on that announcement?

Stephen Johnston: They have been consistently talking about supply chain and they’ve had a consistent approach of reducing hops as the tool that they’ve used to improve. And I say that in quotes “the supply chain,” because I think that there’s something of an incorrect view that the shortest supply chain or the one with the least participants is the best. I think there are better ways to optimize that. But I also think that their implementation right now seems very pragmatic, right? I think they’re really espousing more of a philosophy, and if you read between the lines of what they’re talking about, they’re saying, transparent price competition, leveling the playing field, and letting all of the participants in the market see what’s going on. And those things align 100% with our philosophy of observability and giving you control on what’s going through. And once you have that, what can you affect and what levers can you pull in order to get the advertiser and the publisher having the best results that are complementary, instead of all these adversarial kind of market forces? So, I look at what they’re doing as far as building the relationship on the supply side and I think that that is, again, a pragmatic choice. If you can build that relationship, then you can prove the worldview, right? You can prove that if you can get all these people involved, and you can build that transparency and the control then you get things from it. And we have been building up a similar worldview from the publisher side, and they’re building it from the DSP side. So, we’ve been saying, we want to give you more observability, more control, we want to connect you to more DSPs, we want to connect you directly to the DSPs, get everybody involved. But we’ve been making this conversation from the publisher side and I think that their statement of “the dumb pipe is at risk,” is absolutely 100% true. That’s my basic take, the implementation of them making a direct connection to supply and then of course, their demand is somewhat secondary to the philosophy that they’re presenting about what provides value going forward.

Tony Winders: It sounds like a solid, strategic business decision on their part to connect those dots end-to-end. Who has more publisher relationships than Google? And if they are requiring people to use Prebid in order to bypass Open Bidding by Google, that just sounds really smart and bold.

Stephen Johnston: It is indicative of a market position that The Trade Desk feels like they have. So, you can’t cut out Google unless you have something to replace it or think you do, or think there’s this gravitational path to it, right? So, it is bold, without a doubt.

Tony Winders: They’ve said they don’t want to become an SSP but the dumb pipes comment suggests that maybe this is the beginning of the end for SSPs. Is that possible?

Stephen Johnston: I don’t think it is. Almost every industry of any value has connectors. We talk in this industry about disintermediating and removing them all and doing all this. I think that’s lazy conversation in a way, you have to talk about removing the ones that don’t provide value, right? The unspoken part, because it’s just easy to say “ah, remove them,” is to say, “We should be removing the ones that aren’t adding value.” So the question is, how do you measure that? And how do you measure that with lack of transparency? How do you measure that without observability? How do you measure that when publishers don’t always know what levers they can pull? The demand side thinks that they’ve got certain levers that maybe aren’t activated on supply, that would be good for them, because nobody’s really talking. The services that don’t provide value are the ones that say, “Just connect to us, and we’ll make it all work.” When really, they’re doing nothing on the back end, because it takes participation from the buy side and the sell side to make any of the activity they’re doing in the middle, meaningful. They can’t create from whole cloth, the data necessary from the publisher side, to feed up to the demand side, and they can’t, just by being in the middle, get the demand side to ask questions about where the supply is. So, it takes having the perspective that everybody’s got to be rowing the same boat, and the nature of how the industry grew with these third party systems is somewhat contrary to the publishers goals. These were always buy side focus platforms, their first purpose was to serve the buy side, and if prices dropped on the supply side, we’ll just feed them more gross tongue ads through Taboola and hope we get more audience pumped up. So I look at this, and to me, somebody’s saying that they’re going to build a transparent, open market concept. I look at that, and I say, “good, because that’s the kind of thing I’d like to participate in”. There will always be interconnectedness in our industry because we can provide connection to niche publishers, we can provide certain things from a technical perspective about integration and integrating in particular types of connectivity, or certain types of sites. A lot of times, it’s about being more nimble to evolving markets, evolving technologies, and a new type of single page app or a new thing in Android. A single company can’t do all of that market reaction. So the idea of anyone becoming a single force, to me, you just have to look at it and say, if a single company could capture this whole industry, Google would have already done it. And there’s a lot of value outside of the Google walls.

Tony Winders: The Trade Desk said they want to work with SSPs that do yield management and optimization. Is that smart pipes versus dumb pipes?

Stephen Johnston: Yeah. When we talk about the shortest path not always being the best one, which ones add value? I think that they’re using more plain spoken language to say, “Who provides value? Companies that are doing demand path optimization, yield optimization,” because Trade Desk doesn’t have everything. There is someone competing with them, and maybe Google, and there’s some way to leverage them both. Like I said, exposing data and doing that in a nimble way that’s responsive to changes in taxonomy, post-cookie changes, who do you plug in, which data do you push. There has to be people on the ground, doing that work with publishers in order for that to work long term. That’s been the role of the SSP, when that surface area became a little more common, they got dumber, and we’re going to have to get smart again, because that’s what we’re building, is a platform to discover who’s winning the next wave, after the third party cookie is diminished and how do you get the new types of data exposed and presented to the buyer so they can buy the right inventory?

Tony Winders: Is PubWise competitive with OpenPath and Smart Path?

Stephen Johnston: I think we’re complementary. We have our own solutions that connect all the way to demand so certainly you can look at it and say that we’re both playing some of that. But this is not a winner takes all industry and we want to provide tools that require transparency so that we can build what we want, which is observability and control on top of it so that we can optimize it. Our best partners are the companies who think that same way, because they’ll be wanting to actually share the data that we need to do it. One of my focuses has been on who in the industry is pushing forward with data interchange formats, and the IAB is doing some work around that, reporting requirements and certifying companies to say, “If you’re providing this information with these definitions to your publishers or to your market participants, then, that’s the proper kind of data.” And I think everybody that thinks that way should be talking and working together as much as we can.

Tony Winders: How do you think the market is responding to that Trade Desk announcement so far? Do you have a vibe on whether it’s positive, negative, or neutral?

Stephen Johnston: The three big things are, “Are they becoming an SSP?”, “They cut out Google,” and “Are they the next Google?”. It seems like that’s not what they’re trying to be. I think most of it is positive. With all of these things in our industry, you have to see what comes out three months later. In software, there’s this concept of a lean startup and an MVP, which is the minimum viable product. It’s almost laughable that tech came up with that, because the advertising industry has been doing it much longer: put out a page, it’s got a sign up, and it says, “Do you want thing three? Give us your name.” And thing three doesn’t even exist. Everything’s got a 90 day timer on it in my opinion. So we’ll see in 90 days what they’re really doing, maybe 180 days.

Tony Winders: Well, I love listening to you talk about the industry and this felt like a timely one to put you on the spot about, and I think that there’s been some good coverage of it. And we will see, let’s revisit it in 90 days. I appreciate the time and letting us put you on the spot. This is another edition of On The SPOT with PubWise Founder and CTO Stephen Johnston. Thanks and see you next time. 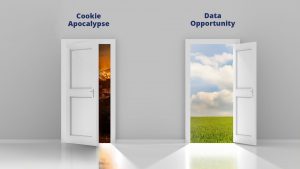 The Cookie Apocalypse Is A Data Opportunity For Publishers 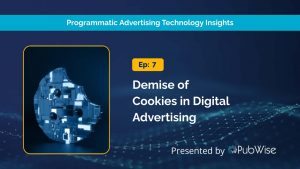 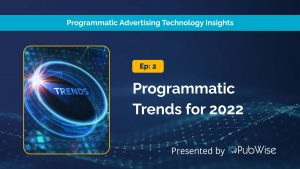