Last week Gannett Co. responded to reports that they mistakenly passed inaccurate values in their header bidding auctions, reminding us that fraud detection and transparency don’t go far enough to protect publishers and advertisers against errors.

Fraud detection and identifying errors are different processes, and not everything that is bad in digital advertising is necessarily fraud. Fraud is an act intentionally carried out to benefit certain individuals or groups and causes detrimental effect to others, while errors are acts of unintentional mistake or negligence. Errors aren’t deliberate and error analysis assumes you want to correct the problem, which requires communication and collaboration.

Fraud detection has historically been cloaked in secrecy, and with good reason; nobody wants to reveal to the bad actors how fraud is detected and blocked. But because fraud vendors often hide results behind a simple “on-off” switch or otherwise provide black box results, it’s sorely deficient for error detection and more importantly for error correction. Fraud detection is cynical, whereas error detection must be collaborative.

For years, the industry has been clamoring for more transparency, but transparency doesn’t go far enough. Transparency is focused on volumetrics and billing, not on the alignment of goals, which are more multivariate.

It’s time to consider the role of observability as a determining factor in the accountability and performance we all strive for from our respective corners of the digital advertising ecosystem.

Transparency is like the receipt for a meal. It can effectively report the items you ordered and at what cost, but if your goal is to be more healthy, price doesn’t mean much without nutritional information, even though it’s fully transparent.

Transparency, it turns out, isn’t exactly what we’re after. What we’re really seeking is control, and the ability to see things that matter. There is a  term for that in software, technology and industry called observability, and now is the time for the advertising industry to embrace all that it has to offer.

Observability stems from control theory and is a measure of how well internal states of a system can be inferred from knowledge of its external outputs. If something is observable, then you can understand the internal state of the system from what you can see. In simple terms, once you are paying attention to those critical metrics then the system you’re observing is controllable and optimizable. Observability pertains to monitoring the things that matter, and that you can control, related to understanding the system that you’re using or deploying. Unlike transparency, which often gives you a set of data you have no control over, observability is the domain of things that inform you about the behavior of a system, versus just monitoring that system. 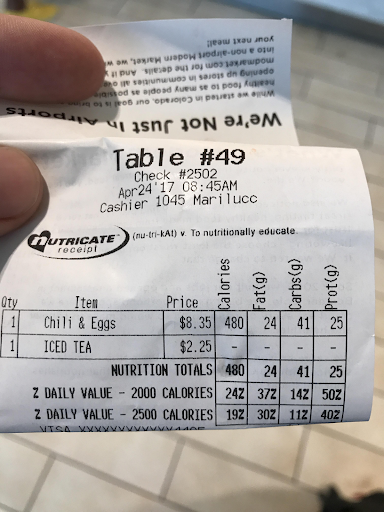 Back to the restaurant example, if the receipt for your meal was observable, the next time you could assert some control over your healthy intention by saying “I need more protein so I’m going to order more quinoa and less bread,” whereas transparency can only tell you the meal costs 20 bucks.

Combining observability with our machine learning – Smart Path Optimization Technology® – PubWise transacts seamlessly across the supply chain, adapting, learning and delivering value to advertisers and publishers over time, not only detecting fraud, but also identifying errors that may go unnoticed on other platforms.

Do we have this done perfectly, today? No, but here are the components we can all work toward together to create a more observable, well-lit programmatic ecosystem:

While fraud is real, there is a larger opportunity in solving misconfiguration, misalignment and misunderstanding through observability not transparency.

In an observable system, both Gannett and their advertisers would have been able to see the misalignment of campaign goals and delivery and mistakes would have been easily caught had there been a process for collaboration and communication. 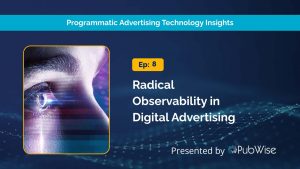 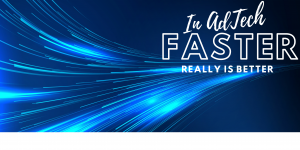 In AdTech, Faster Really is Better 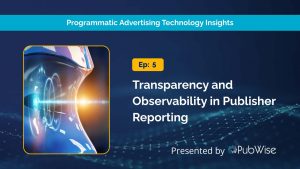 Transparency and Observability in Publisher Reporting