The Decarbonization Dilemma in Digital Advertising

There is a lot of debate on how to actually measure GHGs. At PubWise we focus on the top of the waste hierarchy which gives top priority to preventing waste in the first place. Our ability to improve performance while sending up to 40 percent fewer bid requests into the programmatic ecosystem reduces data center processing power,  which translates directly to less pollution from greenhouse gas emissions.

Tony Winders: My name is Tony Winders. And today I’ll be putting PubWise Founder and CTO Stephen Johnston On the SPOT about the digital advertising industry’s carbon footprint and what we can do as an industry to impact the environment. Stephen, I always enjoy our conversations and have been looking forward to this one. Welcome back.

Stephen Johnston: Thanks for having me.

Tony Winders: On the SPOT, what is the relationship between digital advertising and the global environmental crisis? That’s not something people probably think of, from day to day, what does that bring up for you?

Stephen Johnston: Well, the industry and the world is really focused on carbon, in that question, greenhouse gases and the like. There are all sorts of human activities that generate carbon emissions. We’ve seen datacenters, and computing, and all those sorts of things that are real infrastructure layers, starting to talk about their carbon emissions. And we’re offsetting through solar or geothermal or cooling, and we’re going to put data centers on the floor of the ocean to get natural cooling and reduce carbon. And I think it’s natural, then to look at well, what’s running on those systems. And we know that there’s a lot of Ad and Adtech and advertising and Martech, and all this related activity running on those systems. So whatever the carbon output of those systems is, AdTech is driving some component of it. I think it’s natural for the industry to say, “Well, how much? How do we manage it? What’s our responsibility around it?” So that’s where we’re at.

Tony Winders: You hear a lot about Bitcoin mining and crypto using up a ton of electricity, but I read a stat recently that for display ad campaigns, emissions linked to auction calculation is around 3% of total emissions, according to one study. So I don’t know how that can possibly be measured with any empirical evidence.

Stephen Johnston: It’s an interesting question when it comes to measurement. There’s a guy named Gavin McCormick. And he recently gave a TED talk. I forget when it was but I saw it recently. His focus on it was that measurement around carbon is really squirrely, and he’s trying to get more of a common nomenclature for how you describe it, how you measure it, how you do all these things. I think that DoubleVerify is trying to get into that same kind of thing. How do you measure it? What is it? What does it look like? There’s a whole range of things that are troubling in measurement. There’s an old joke that Americans measure everything in boxcars, or train cars, is it 12 train cars or 10 train cars or two? You see a lot of references now of carbon emissions from X campaign is 1.2. humans, and what does that mean? And how do you relate 1.2 humans to 3.2 cows in the field? I think there’s a lot of work to do when it comes to defining relevant and useful measurements. It gets into the old adage of, whatever you measure, improves. If you don’t really do the work to measure this properly, then what you’ll improve is whatever thing you’re measuring poorly, and if it doesn’t really relate to the goal, which is improving the environment, or retaining and reducing warming, then you’re really just doing a lot of activity that doesn’t affect the real goal.

Tony Winders: You were relating to DoubleVerify, at Cannes recently, they announced a partnership with a company called Scope3, to team up on that kind of measurement. But to your point, there was another study from a marketing agency called 55 that did a study recently, and speaking of boxcars, they said that this one kind of fictitious, hypothetical campaign that they measured was roughly the annual carbon footprint of 16 US citizens. So where did that come from?

Stephen Johnston: It’s interesting, and we’ve had this conversation around reduction. And there’s a lot of politics in this, so let’s skip that, in terms of the politics and just say, why would you waste anything? There is just a core moral of, you shouldn’t do anything that’s just inherently wasteful. So I think measuring it is useful, I think that it’s also useful to ask the next question, which is, well what is 3.1 humans output? How does it relate to total global output? Is that 3.1 Americans or 3.1 Eastern Asians, is that 3.1 Northern Europeans? I ask all that, because it’s good to relate, and it’s good to make people think. Total carbon output by humans, on a global scale, isn’t actually that much. It’s just that that’s the net addition that we can control. And so I think that that is where measurement is useful. But I think it’s less useful to talk about totals like 3.1 humans, and more useful to talk about how we have this measurement that’s multi-system. And now we can look at relative contributions. So if that total advertising effect is 60% of its data center, then maybe that’s where we should look. But you would do your normal analysis, maybe that’s the hardest problem to solve. So if the other 40% is somewhere that’s easy to solve, or has a more ready solution, then maybe you focus your effort there. And I think that’s where measurement really becomes key. It isn’t the big picture headline thing, it’s the details of how we’ve measured this thing, and we know of these five contributing systems. That there’s a low hanging fruit of solutions here, and then there’s the big problem that’s going to take multiple people’s involvement over here. And I think that’s where measurement becomes useful. Identifying where the next opportunities for improvement are.

Tony Winders: Measuring is one thing, doing something about it is quite another, and some of our conversations about PubWise and your technology, it occurs to me that your ability to improve performance, while sending fewer bid requests must have some impact. Is it possible that PubWise technology could make an impact?

Stephen Johnston: Absolutely. Our SPOT technology is a Demand Path Optimization Technology. The SPOT Suite goes across demand and supply. But our most recent patent is primarily a Demand Path Optimization Technology. That reduces bid requests for a publisher. And we see in some cases, as much as a 40% reduction in bid volume, for the same or better performance for that publisher. The logical conclusion from that is, whatever the contribution of those extra bid requests is, we’ve reduced it in those cases by 40%. So the measurement is great to know the specifics. But point source reduction is always the most valuable or, thinking of carbon emissions as a supply chain issue, if you can go to the origin source, which in our industry, is largely publisher bid volume, and you can stop it there, then none of the other systems have the opportunity to waste energy and waste carbon and waste whatever other resource on servicing that unnecessary request. And I think it’s important to think about, where do we apply smart algorithms and smart approaches to not just reduce the carbon output of the things that have to happen, but keep them from ever happening? And that’s really where our technology is focused. It’s like killing a weed at the root instead of chopping the top off all the time. If you have a problem thing in your garden, you come by with a weed whacker, and you hit it, and then it grows back. But if you dig down, take it out by the roots, it doesn’t come back. There’s a role for both of those, but the greatest effect is by taking it out by the roots.

Tony Winders: That’s amazing. I mean, I think there’s a lot that the industry can learn by taking a look at that. But if in the absence of something like SPOT technology, which gets to the root, and doesn’t ever send those bid requests, what else could the industry be doing, if not for that? Can you think of other examples of where it is being addressed, or that could be addressed at the data center, or on the demand or supply side?

Stephen Johnston: When it comes to energy use, to handle things, it’s hard to ignore, how much heat does the system output in the data center? Because then it’s got to be cooled. How much power does it use to process the requests? I mean, there’s these giant infrastructure questions that impact this, but that’s an Intel thing, a Google thing. Our goal is to go to companies who are focused on those from an infrastructure perspective. We use Google Cloud, we use AWS, we use Equinix. And each of those guys have their own initiative around carbon reduction, and they’ll report low carbon data centers and that kind of thing. For us, it’s just an awareness. And where can we just make decisions between one that’s better than the other? Instead of getting caught up in how much. If you know that you’re moving towards the goal, then just keep leaning in that direction and you’ll get there.

Tony Winders: No one could argue with just having this be part of the conversation as an industry and from our different perspectives in the ecosystem. I think we all have something to contribute there. So I think that those companies and big publishers and demand providers are going to be very interested in what PubWise has to say about that. Well, I think we can leave decarbonization and digital advertising there for today unless you have anything else that you’d like to add.

Stephen Johnston:  No, that about sums it up.

Tony Winders: This has been great. I’m Tony Winders. I’ve been talking to Stephen Johnston, the CTO and Founder of PubWise. This has been On the SPOT, I look forward to having you for our next episode. Thanks again, Stephen. 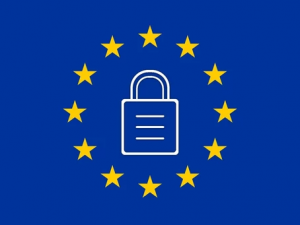 The Latest in GDPR Compliance and PubWise

What the Heck is Advertising Logistics?