Future-Proofing is Not a Crystal Ball

The literal definition of future-proofing is the process of anticipating the future and developing methods of minimizing the effects of shocks and stresses of future events. Just like the underlying concept of the smart car is to free the driver from many of the mundane tasks associated with driving, machine learning in the programmatic space aims to shield advertisers and publishers against decisions made today that will no longer be relevant in the future.

This week we learn more about how we keep small optimizations continuously relevant, and the three major components that are essential to future-proofing in programmatic advertising. The ultimate goal is free up time to focus on the big ROI optimization opportunities while machine learning can focus on the never ending micro-optimizations that are never, ever done.

Tony Winders: Hello, and welcome to another edition of On the SPOT. My name is Tony Winders. And today we’ll put PubWise Founder and CTO Stephen Johnston On the SPOT about future-proofing in the context of programmatic advertising. Stephen, it’s great to speak with you again.

Stephen Johnston: Nice to speak with you.

Tony Winders: As we’ve spoken about Smart Path Optimization Technology and observability, and the next generation of programmatic optimization, several times you’ve made reference to future-proofing. What does that mean, in the context of performance and optimization in advertising?

Tony Winders: So shielding yourself from decisions you make today, into the future. My instinct is to take that more from a technical perspective, because as you’ve talked about it in the past, what I’ve picked up is that optimization, as we know it, or historically as it’s been practiced, deals with what you see in the here and now. It’s like transparency versus observability. You can see it, but what is the tech doing to make sure that it’s not just optimizing a campaign for today, but that it keeps continually improving into the future? Is that part of what you mean by keeping up with optimization?

Stephen Johnston: What is the tech generally like? Out on the internet, what’s generally out there? I think for observably, next to nothing. There are a lot of human optimizations that have the human cost of doing them regularly. So the question is, what should the tech be doing? And what their tech should be doing is finding and monitoring the windows where those optimizations are relevant. And that can just be, are you able to continuously recheck? Historically, we found optimizations through human analysis. Run a report, make a change, or make a change, keep a change. That is bounded or limited by what you can do with people, and what sorts of things people and insights can get. And I think that’s where we’re starting to employ machine learning more fruitfully. We’re not looking for the magic optimization every time. Sometimes we’re looking at, how do we keep small optimizations continuously relevant? I think that’s the element of future-proofing. We could talk about finding true, big picture optimizations, detecting errors is a role of machine learning, where it’ll find an ad unit that’s delivering 50% of the time, and that’s something machine learning can do. That’s not really future-proofing to me. Future-proofing is finding a 2% geographical optimization, and finding those types of optimizations from now until the end of time, every day, every week, every month, every year. And that’s where a human team completely breaks down in keeping that pace, and that’s where humans plus machines create the best combinations. Find the big picture insights through the humans and then do the sort of regular grunt work with a machine.

Tony Winders: Is that aspirational or is that combination of machine and human happening now? Where are we in that evolution?

Stephen Johnston: We’re doing it today through our Spot Optimization and we’ve been awarded a patent on an aspect of that technology. We’ll be doing more of it over time. We talk about observability, and we’re championing observability in advertising, because transparency isn’t enough. And the industry isn’t providing enough data to really be observable. And we’ll be able to do more and more of this continuous future-proof optimization, as the industry gets there, which at this point almost seems inevitable.

Tony Winders: Outside of the technology, you spoke about keeping up with being responsive to the market. What else is around that in the business or services aspect of it all that can help to future-proof a publisher business or whomever? I assume we’re talking mainly from a publisher monetization perspective.

Stephen Johnston: So when we started doing what we’re doing in header-bidding, we wanted to be like the “prove-it” platform. And it was, publishers are constantly approached by vendors who say, “Turn us on, you’ll do X, Y, and Z.” Some of them work, some of them don’t, some of them work today, and don’t work tomorrow. That today and tomorrow is some variable timeframe. Some of them are just building two sided markets. And we talk about IDs, you have to have buyers with the ID and sellers of the ID, so they’re building it up. So it might not work today, as much as it might in future. So I think being capable of testing technologies, but testing them provably or at least reliably, is different than just turning it on and seeing if the number goes up. There’s a couple of things out there doing that. But, getting visibility into, what are the real effects of enabling a different technology on your inventory, being able to A/B test is critical. I think that again, there’s a role for machine learning in that and there’s a role for human insight, it’s finding ways to marry the two where we see the best results.

Tony Winders: It seems like every programmatic tech company says their black box algorithm is better than the next and, “We’ll make your revenue go up this percent.” How do you empower a publisher with all that noise coming at them to be in a spot to test and learn and to really know whether or not the value is growing? I like the “prove-it” concept, but what’s the best practice for being able to actually test that, credibly?

Stephen Johnston: I want to extinguish from the publisher’s responsibility, every instance in which they simply ask, “Did we make a change and a number got bigger?” And leave them with the things that are more difficult, or that really require human intuition to understand the subtlety of it. What do they need to be doing? They need to be doing more automation-based, machine learning based systems, they need to be relying on them, they need to be trusting them. Part of that, from our perspective, is to provide the data necessary to say, “This is what the machines are doing, here’s the decisions it’s making on your behalf.” Not so that you can second guess them, but so that you can trust them. It takes a certain amount of trust, it takes a certain amount of experience. But, we’re moving beyond that, turn this thing on and see what happens in 90 days. We really should be able to say, “These things are being done and they’re being done on your behalf because of these reasons.” We should be able to do that without it necessarily being a consulting thing. Machines can do that, we’re doing those things with machines now, and we’ll be doing more in the future. So simply saying, “You need to do more of this, and therefore it’s going to cost you more,” is not what I’m saying. What I’m saying is, you should be doing more of this because you should be doing it on platforms that are doing it for you, but not at the exclusion of your ability to observe what’s going on.

Tony Winders: Well, I think that captures it for me. I’m happy to recap in my words what I heard you say but is there anything else that you wanted to get off your chest about the notion of future-proofing?

Stephen Johnston: No. Future-proofing is sharpening the sword side of things. It’s washing your feet in the jungle, it’s caring for your equipment. It is less sexy than a lot of other things you do. So the question is, how do we find partners and tools like PubWise that provide automated ways to handle those, without putting you in the dark?

Tony Winders: I love what you said about shielding yourself from decisions made today as you move into the future. I picked up on just the fact that we’re evolving from historical methods of optimization that are just, push a button, wait a certain amount of time and see if the number goes up. But we’re moving beyond that as an industry. And with machine learning, is that the pivotal thing that’s allowing this to happen?

Stephen Johnston: The idea that you make a change and the numbers go up, will exist forever. But why is it taking 10 hours of human time to do those things? Because the systems haven’t been connected really, to smart machines. So we’ve done that and we’re going to do more of it. It’s not about generating a report for a person. Let’s automate that, let’s let machine learning handle the basics that provide real value, but they provide real value by being across a wide swath of things and getting small improvements that a human wouldn’t have the ROI on. So then the humans focus on the stuff with higher ROI. It’s complex, you’re getting into how you leverage machines and all these other things. The future-proofing element is, how do you, from a future-proofing perspective, make sure you can do this all the time? Leverage machines. That’s how we’re doing.

Tony Winders: Well, I hope we’re going to have more time to talk a lot about how it works and the patents that you mentioned that are related to all of this optimization as we move forward in future-proofing businesses and more and more and more. This has been fun putting you On the SPOT again. I’d like to thank everyone for listening to our conversation with Stephen Johnston, the Founder and CTO of PubWIse, and I hope you’ll join us next time. Thanks a lot, Stephen. 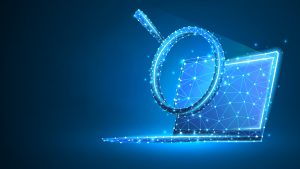